Princess Leia Organa of Alderaan is a major character in many of the Star Wars movies. Adopted into royalty, Leia was an important leader of the Rebel Alliance and integral in fighting to restore the Republic.  Later episodes would reveal her true heritage. If you love Princess Leia, print all of our coloring pages for […] 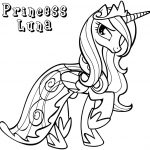 Princess Luna, younger sister of princess Celestia, was said to be one of the regal sisters who created harmony. Her job was the raise the moon each night. She was so jealous of the other ponies who played during the day that she turned into the villain, Nightmare Moon. The other ponies used the power […] 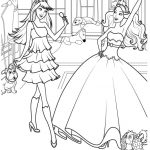 Barbie is a part of almost every young girls life. Mothers remember their Barbie days. They can share the joy of Barbie with their kids while adding a touch of flair, Barbie Princess. She does so many wonderful things with her prince. In a pretty gown, on a horse drawn carriage. She even rocks out […] 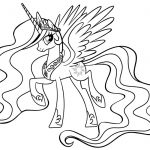 Princess Celestia, a favorite MLP character. Our brave 10,000 year old unicorn princess helps rule the land of Equestria. She’s called ‘Daybreaker’ because she has the job of raising the sun each day.  Have fun with our collection of Princess Celestia coloring pages. Also check out Fluttershy and Rainbow Dash in our My Little Pony […] 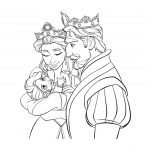 Little girls LOVE princesses. They also love to color. There’s never been a better format for a little girl’s imagination than a princess and a crayon. That’s great news because we have a ton of princess coloring pages for you to print. ALL kinds of princesses, starting with the first disney dreamboat – Snow White, […] 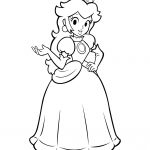 Princess Peach, the damsel-in-distress rescued by Mario and Luigi in Nintendo’s popular Super Mario franchise, is one of the most sought after coloring page items for girls. With a kind feminine personality, and an affinity for the color pink, she is depicted in various avatars in these coloring pages. 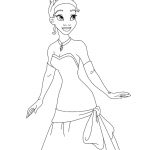 Princess Tiana from the Disney film, the Princess and the Frog, is a favorite amongst young girls. The smart and enterprising young lady feature in these coloring pages, along with the other characters like Prince Naveen of Maldonia, Ray, the firefly and Louis, the trumpet playing alligator. These coloring pages can be a great way […] 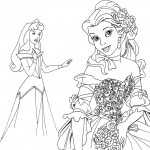 The ant colony is a special place with special characters. The queen and princess Atta, little Dot, and of course, our hero, Flik. When grasshoppers invade the colony, Flik goes looking for help. Someone to protect them all. When he runs into the circus, he finds some more special characters. A ladybug. A stick bug. […]

These coloring pages and worksheets about Africa can help your little learners excel in their knowledge. Fill in the 54 countries of Africa. Color other maps that are already labeled. Learn about the animals of Africa. Plan a learning lesson around coloring! Download all of our printables for free. Africa Coloring Pages