Coloring Therapy Proves to Be Highly Beneficial for Teens Suffering with Depression
Coloring therapy is considered to be a unique, yet highly effective, approach to promoting healing among teens that suffer from depression. Coloring therapy is a part of the creative therapy movement that has recently gained a lot of attention from those that specialize in psychological issues.

It has been established that art therapy aids in connecting with one’s feelings and helps in self-expression as a type of mental outlet.

When used among teenagers that suffer from depression, the art therapy activity of coloring may aid in identifying and changing the negative thoughts and the negative emotions that the teenager experiences. In this brief guide, you will learn how coloring therapy may help a teen that you know that is suffering from the darkness and devastation of depression. 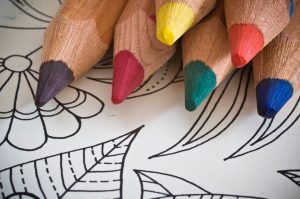 The Development of the American Art Therapy Association
All throughout history, people have been using various forms of creative-based therapy in order to express their innermost thoughts; however, creative therapy through the form of coloring and similar activities only became officially recognized as a therapy type in the United States approximately 50 or so years ago.

The Benefits of Coloring Therapy for Teens with Depression
There are many benefits associated with coloring therapy for teenagers that suffer from depression. This form of therapy allows a teenager to discover who they are, what they have – as individuals -, and helps them determine what they need in order to progress within their life.

Not only is coloring therapy a healing force for the mind, but, it is a physiological healing force, too. According to research done by the American Art Therapy Association, when a teen engages in coloring therapy, the creative process aids in the release of brain chemicals that combat depression quickly and effectively. Teens that engage in coloring therapy are allowed to openly express themselves without judgment. As a result, they have the ability to successfully break through a lot of the negativity associated with depression.

While creative art therapy is offered in many private practices, hospitals, and other medical facilities, teens may simply color at home and experience the same benefits. If you are interested in obtaining coloring pages to help your teen with depression, simply visit the following link: https://www.bestcoloringpagesforkids.com/