The Clone Wars was an exciting, fast-paced weekly television series produced by Lucas Films. Join a 19-year-old Anakin Skywalker and his padawan Ahosha, in their thrilling adventures through the clone wars as they battle to balance the force. Print all of our coloring pages. When you’re finished, we have more Star Wars Coloring Pages. Star […]

Lego wouldn’t be complete without Star Wars. America’s favorite toy never disappoints. Full on with Darth Vader, Luke Skywalker, Princess Leia, Yoda, R2D2 and C3PO, we have a great selection of Lego Star Wars Coloring Pages for you to have fun with. Enjoy our other lego coloring pages too! Including Lego Ninjago, and Lego Batman. Lego Star Wars […]

Introduce your kids to the epic story of Star Wars. The original movie in 1977 (now known as Episode 4) still holds its place as the 2nd highest grossing film of all time. Everyone raved. Teens visited the theatre multiple times. A star wars character made the best Halloween costume. A metal Star Wars lunchbox […]

It’s easy to be a fan of Han Solo. This smuggler turns out to be all a hero is cracked up to be and more. He is a master pilot of his ship the Millenium Falcon, as he assists Luke and Lei in their fight against the Empire. If you love Han Solo, you’ll love […]

One of the most beloved droid characters in the Star Wars Universe, C-3PO has been with us since the beginning. He was built and programmed for etiquette by a young Anakin Skywalker on his home planet, Tattooine. He’s followed through most of the series. If you love Star Wars, print all of our C-3PO Coloring […]

Princess Leia Organa of Alderaan is a major character in many of the Star Wars movies. Adopted into royalty, Leia was an important leader of the Rebel Alliance and integral in fighting to restore the Republic.  Later episodes would reveal her true heritage. If you love Princess Leia, print all of our coloring pages for […]

Luke, our hero started as a farmboy on Tattooine. He grew to be one of the greatest Jedi masters the galaxy had ever known. He battled the Empire, blew up the Death Star and ended the evil Sith. You cant be a Star Wars fan without some love for our favorite good guy. Print all […] 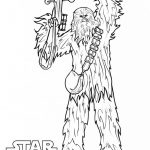 Chewbacca is undoubtedly one of the more memorable characters in the Star Wars universe.  This lovable 7.5′ tall Wookie is always by Han Solo’s side. Brothers in arms they fight for good, albeit sometimes reluctantly. If you love Chewbacca, you’ll love our coloring pages. Enjoy the Star Wars saga even more with your crayons! Print […] 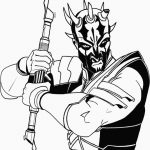 Darth Maul was a formidable Sith Warrior that sends fear through the spines of his enemies. His skill with his double sided light sabre (from his home world of Iridonia) is not to be messed with. Get your dark side on and print all of our Darth Maul Coloring Pages. We also have other Star […] 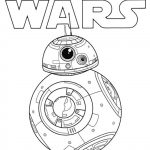 When the Force Awakened, a new little droid was introduced. BB-8 is X-wing fighter, Poe Dameron’s companion and sidekick. A brave and clever little droid in the vein of R2D2, he is a strong character in the Star Wars movies. This little hero’s spherical shape, small stature and communication sounds make him adorable. We get […]

© 2020 (Best Coloring Pages For Kids). All rights reserved. Reproduction in whole or in part without permission is prohibited. Privacy